Home > Blog > News > The role of Music in Rio Carnival 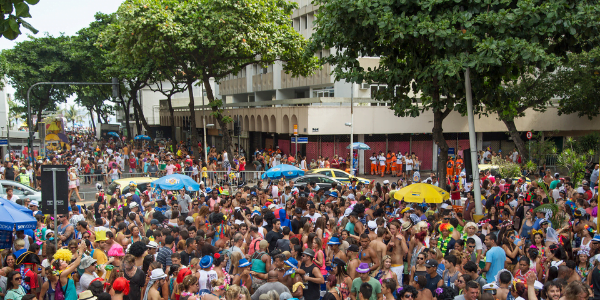 In February, Carnival takes place in towns and cities all over Brazil. The Rio carnival, also known as ‘The Greatest Show on Earth’, is the biggest of these and is perhaps the world’s most popular Carnival, famous for breathtaking performances, samba music, costumes and its week-long party atmosphere. The Rio carnival was cancelled in 2021because of COVID, and this was the first time it hadn’t taken place for over 100 years.

What is its history?

‘Carnival’ originates from “Carne Vale”, which translates as “Goodbye to Meat”. Carnival was used to signal the start of Lent, the 40 day abstinence period (no meat or poultry!) in the Christian calendar that leads up to Easter. Carnivals first started in Italy, spreading to Spain, France, and other European countries, then reaching America and spreading to Argentina and Brazil. Despite its European origins, Carnival has a strong African flavour. This is because, during the Atlantic slave trade era, Brazil imported more enslaved Africans than any other country – an estimated 4.9 million enslaved people from Africa were imported to Brazil during the period from 1501 to 1866. From the start Carnival used costumes and tribal masks and adapted tribal practices such as parading to ward off bad spirits, using feathers symbolic of rebirth and the rise of spirits, and these are all still important components of the modern day Brazilian carnival. Music is of course another key component, and Carnival wouldn’t be Carnival without the Samba bands!

How did Samba become a fundamental component of Carnival?

The name Samba is probably derived from the Angolan word “semba”, a type of traditional dance. Samba came to prominence in the early 1930’s with the introduction of Samba schools and marching bands in the carnival parades, and is now a national music of Brazil. The term Samba school refers to the fact that early Samba groups would rehearse in the local school yard, and it was possibly also an attempt to give the Samba groups legitimacy, as Sambistas (people who play Samba) were often thought to be politically radical, an association which continues to this day.

Radio also played a big part in the development of Samba. Radios became widely available in Brazil in the 1930s  and helped spread the popularity of Samba and contributed to the use of Samba music for social and political ends.

The rhythms of the Samba are a product of the African heritage of many of the Brazilian musicians and samba instruments are a fascinating combination of traditional African percussion and European military band instruments, brought over by the Portuguese colonists. There is also an element of indigenous South American Indian folk music. Samba music can often be recognised by its walking pace, strong two beats to a bar (sometimes compared to a heartbeat), with accents on “offbeats”.

You may have heard the term The Sambodromo? This is where each Carnival, the 13 top Rio Samba Schools perform and compete to be judged as the best.

Prior to the construction of the Sambodromo, Samba schools used to perform Samba in the streets of Rio. The authorities decided that this needed to change, so they built a stadium to better control the event and generate revenue. Construction was completed in 1984, resulting in an increase in both spectators and participants. The Sambodromo can hold more than 80,000 spectators and 5,000 participants.

Rio Carnival is one of the more popular tourist destinations in the world. It’s a multi-million dollar industry that adds a tremendous amount to the Brazilian economy and unites people from all over the world.

For more info about Samba music and how to set up a Samba group or teach whole class Samba: Andy Gleadhill’s Brazilian Samba Book

For more about the political role of Samba: ‘Samba is politics’ 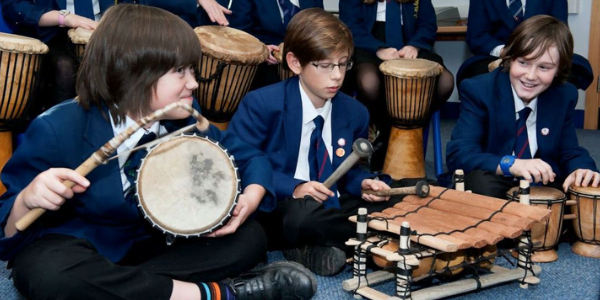 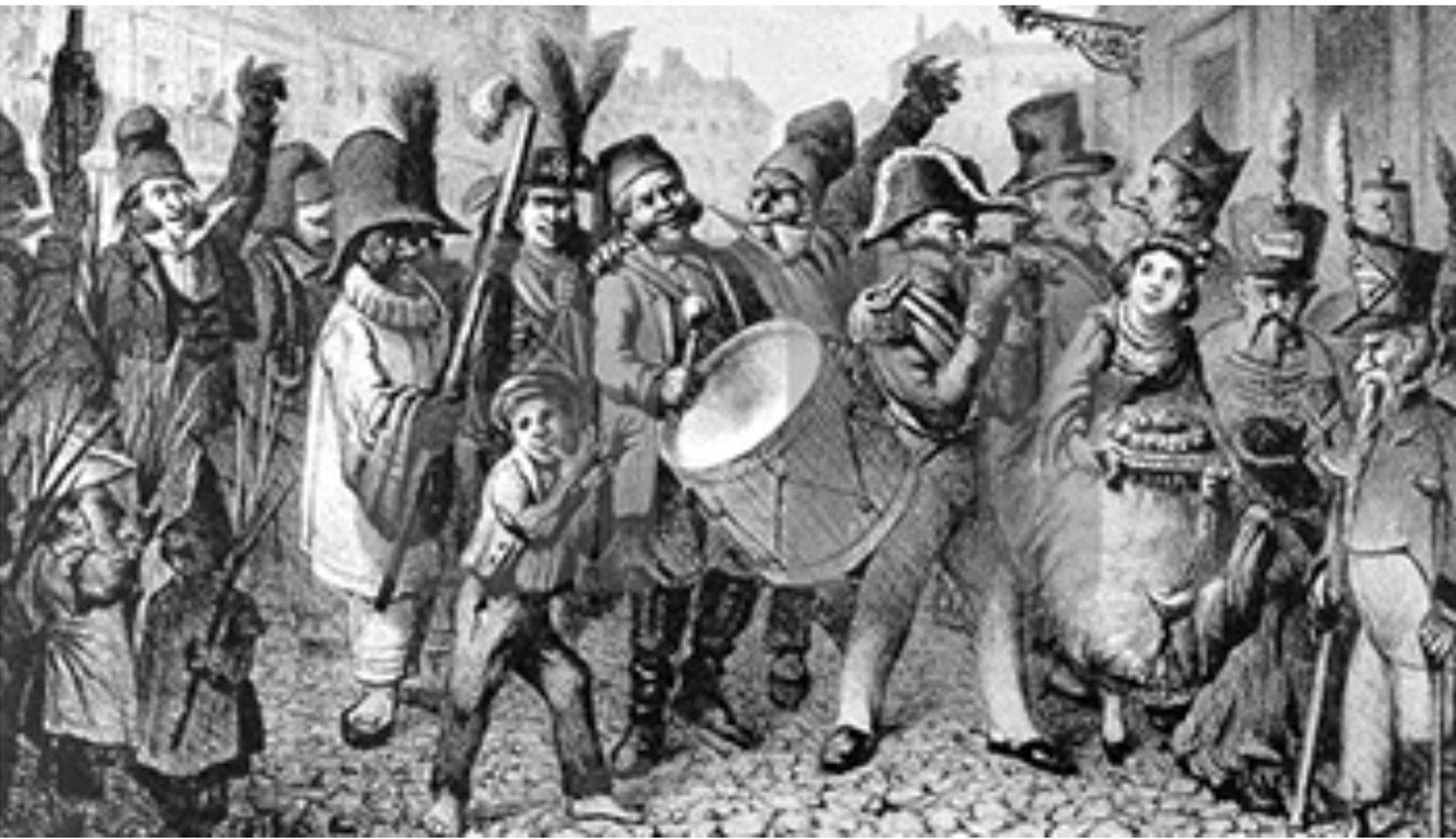 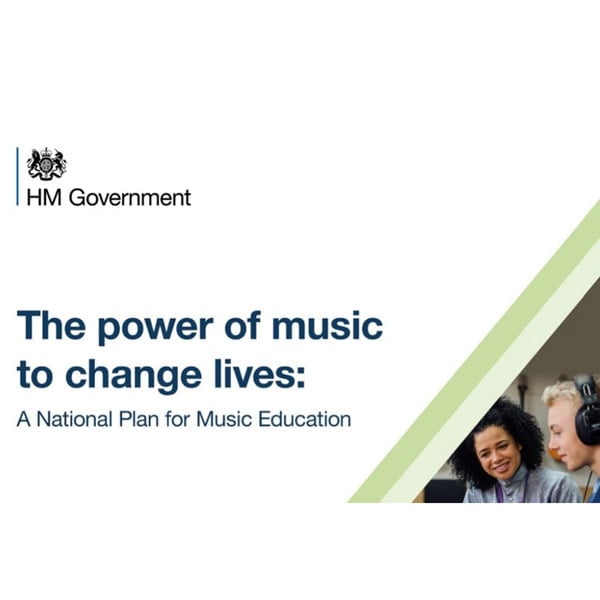 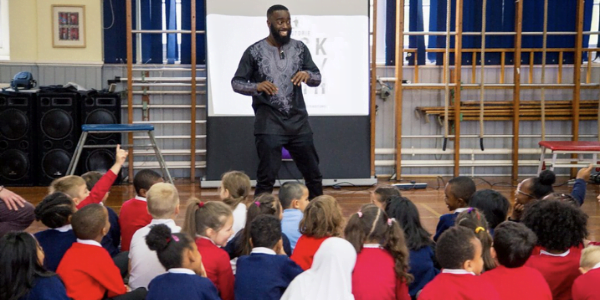 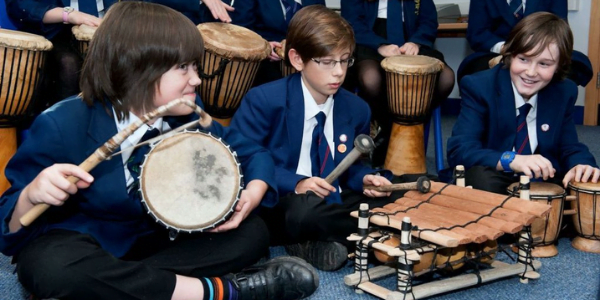 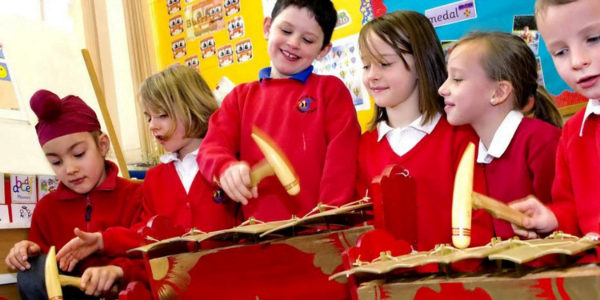 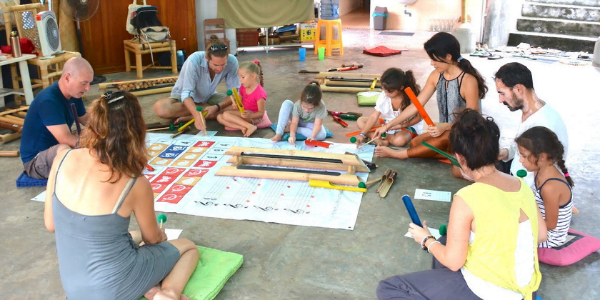